Footsteps, birds chirping, roosters crowing all day, banging sounds from the workmen, laughter/giggling/singing/rustling in the bushes, dogs barking/howling/chatting, crackling of the fire as the cassava cooks.  These are the sounds of Amari.

At 6:45 I would sit outside with a cup of coffee and watch the first children arrive for the day.  Watching them walk/skip up the pathway.  Knowing that a lot of these children had already walked quite a few kilometres from their village to Amari and it was only 6:45.  Children from 5/6 years of age.

I had a lot of fears going to Amari – heat/insects/spiders/snakes/cholera/ebola in the Congo nearby – a lot of buttons to be pushed.

All became minor within 24 hours of being in Amari.

I took over with me 50 recorders.  The plan was to teach the children basic elements of playing the recorder.

Worried about touching the children – teaching recorder moving their fingers, high fives, hugs, touch – easy transmitters of cholera.  You need to wash your hands carefully and regularly.  Teaching recorder was going to be a challenge health wise.  BUT.

Touch was easy – necessary.  You wanted to touch them, to bond with them.  To love them.

I had an action plan and the songs that I was going to teach such as Four Fat Cows, aka Hot Cross Buns.  I had to get inventive as they don’t know what a hot cross bun is, so I renamed the song four fat cows and that worked perfectly!

The head teacher gave Linda and I a timetable for each day that started at 9:00 and finished at 3:30, with time in between to chop vegetables and help out in the kitchen!

Music transcends race, colour, country and language.   What started as an introduction and basic teaching of the recorder to children escalated to so much more.

The teachers wanted to be involved and learn, so a class was established after school for them to have their own session.  That generated a storm of interest and the workmen and others across the property also started attending.  Then that grew again into a jam session at the end of the teaching session because they didn’t want to stop and go home.  Then that grew again, African drums and instruments were brought along and the jam session became an incredible fusion of Western/African sound.  Drums being played as only the Africans can, a Ugandan bow harp called a ADUNGU and the piping of the recorder all a mesh of cultures but all playing together as one.  Then it changed again and some of the lady teachers got up to dance to this cacophony of musical sound – then it grew again as I started on the spur of the moment a conga line and that became a firm favourite every afternoon.  I can’t tell you how funny it was doing authentic African dancing in a conga line with the drums playing and the shrill shrieks of recorders just being blown with no thought to notes.  I loved it, they loved it.

Total unity through love of music.

Marita then closed the school early for a few days and asked me to teach the teachers how to read music – this will enable them to hopefully continue the teaching of the recorder.  They have incredible innate rhythm and will sing and move according to that rhythm but the rudiments of reading music / structured musical learning was not part of their knowledge.

Before we left at one of the team meetings for the work party, Graham asked us why we were going.  I said that I had seen pictures and I had heard Marita and others speak about Amari but I wanted to see it for myself.  I didn’t realise how true those words were.  Photos sanitise the reality.  A picture of the huts that we stayed in looks like one thing, but in reality there are holes in the walls, the thatched roof is old and home to many, many, many insects and spiders.  Inside there are geckos on the walls and bats flying in the thatch as there are no ceilings.  And yes, that means bat poo!  I gassed my husband every night as I would spray our rationed bottles of fly spray around the hut, fumigating it before I could get under the mosquito netting.

Cold showers as there is no running hot water.  I got into a habit of having a shower at 5:30 in the morning.  Once you had run the gauntlet of shining the torch to check for sakes and / or any other nasties en route from your hut to the showers, the serenity, the quiet of that open to the sky shower became something that I looked forward to.

The toilets were another matter however.  You would open the door, and if at night or early morning shine your torch around to make sure nothing is in there with you and then shut the door and do your business and get out of there as quickly as you could.

One of the many buttons I had pushed was accepting the poverty in which these children are living in.  It was unbelievably confronting.  I was in tears for a long time after the visits to their home in their village and seeing for myself the living conditions that they were in and the hardships of rural Ugandan life.  They have nothing.  Our sponsor child Blessia, lived with her grandmother and 6 other children in a small mud hut.  The children slept on mats on the earth floor and bundles of ragged clothes lay on the ground and very little else.  That was home.

Very confronting and it made me in a way fee angry.  Human beings should not have to live this way.  I couldn’t understand how the children could smile and be so happy.  I realised upon reflection that they were happy because they knew no different.  It was my western sensibilities that were affronted.  When I was able to see in that perspective, it became easier although it didn’t take away the sting that I felt about myself.  I felt selfish and greedy in the comparison of my life and theirs.  It is a very thing to manage and deal with in your mind.

It was hard to leave Amari.  I wanted to get home and see my daughter Sam, but at the same time it hurt to leave.  The children had been asking for a few days for us to stay and did we have to go, will you come back?  They get under your skin and work their way in without having to do anything, just being them.

Would I go back to Amari? 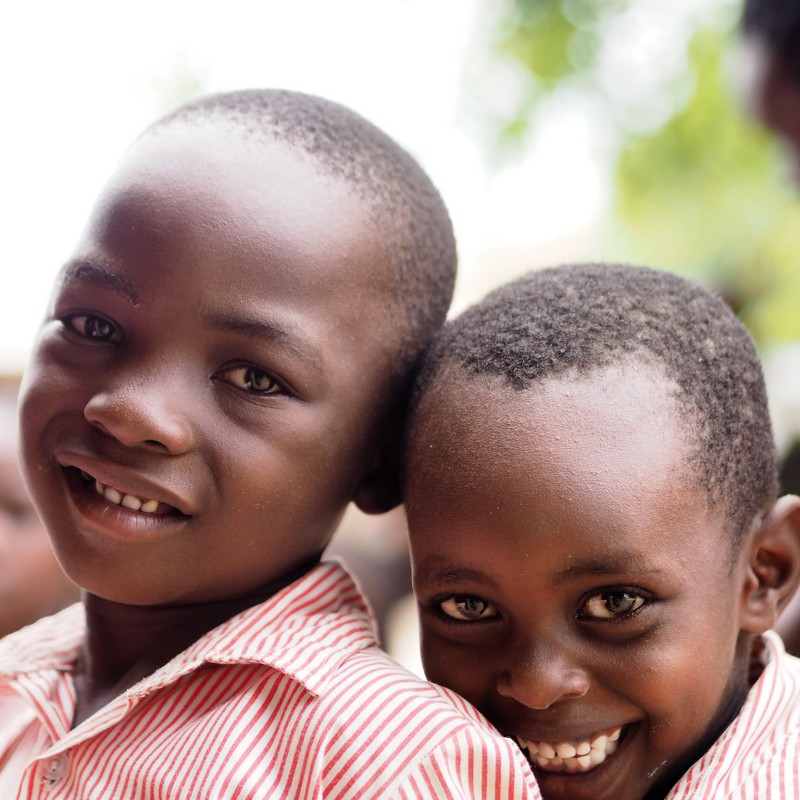